Dear member of the Kring network,

The Kring of Coastal Engineers is an exclusive network of Coastal engineers. Once a year we  visit interesting coastal areas hosted by one of our members.  In this informal network we can discuss our work freely and in a very open atmosphere. This website comes in two parts – a public area and a members area. If you like to join our group please, fill in the registration form and you will be welcomed in our group.

When I accepted the chair I promised to experiment with new ways of communication throughout the year. We organised webinars and small meetings apart from the Kring event itself. I hope this will contribute to new inspiration in our working field and a lively network.

I am looking forward to seeing you all live in the Netherlands and online in the upcoming webinars. 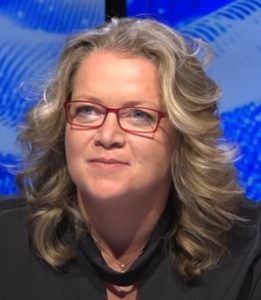 Background of the Kring

The Kring started in 1953 after a hazardous storm hit our country causing major floodings. These floodings urged us to cooperate with the many water  authorities in order to prevent floodings and gain a better understanding of the functioning of dykes and dunes.  Hence, the Kring was born....

The first letter of The Kring found in our archive

The past sixty years the Kring has expanded its members towards all specialists involved in coastal management in the countries around the North Sea and Baltic Sea.

Participants are still engineers, but also researchers, consultants and managers are joining the meeting. The meetings take place in September is organised by each country in turns, During the meetings we visit sites of coastal defences, and we will exchange knowledge and experience during a three-day stay. The Kring has started different international initiatives as the North Sea Coastal Managers Group, several EU projects as ComCoast and SafeCoast.